A pre-nup helps to protect the assets you bring into a marriage if you do ever separate at a later date. It isn't just about financial value. You might have possessions with sentimental value you want to keep in your family, or a business in which you want to remain control.

These templates allow you to write your own private agreement. Note that this type of document is not currently legally binding (whether you write your own, or have a solicitor write one for you), but if reasonable, is likely to be upheld in court. 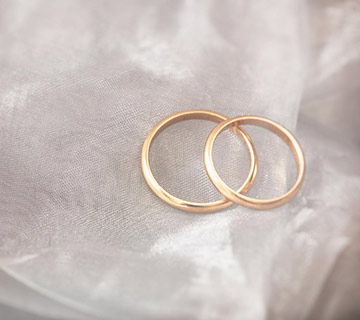 This document should help you to retain your ownership of important assets such as your house, sentimental possessions and your business should you split up with your partner or spouse in the future.

It sets out who brings what into the relationship and on what basis you will divide your current and future wealth between you if you decide to divorce or separate.

This document has the strong purpose of enabling each of the new marriage partners to protect ownership of the assets he and she brought into the partnership.

It is a simpler agreement for couples who are independently financially secure before the marriage or partnership, and for whom the concern is the retention of ownership of personal assets such as heirlooms or a business, rather than the financial support of one by the other.

Of course, the agreement does provide for assets jointly bought during the marriage, full disclosure, and other elements which are likely to be crucial to acceptability by a court.

The document is drawn to meet the latest prospective requirements for enforceability in court.

Talk to us about pre-nuptial agreements

We are happy to answer any questions you have. Arrange for us to call you.

How our service works

Edit Your Document
Download your document & complete it at your own pace. Our guidance notes explain what to consider and how to edit.

Upload for Legal Review
Let our legal team check that the document does what you intend.

Backed by our watertight guarantee

If the document isn’t right for your circumstances for any reason, just tell us and we’ll refund you in full immediately.

We avoid legal terminology unless necessary. Plain English makes our documents easy to understand, easy to edit and more liklely to be accepted.

You don’t need legal knowledge to use our documents. We explain what to edit and how in the guidance notes included at the end of the document.

Support from our legal team

We offer free support by email in respect of editing the document. You can also use our Document Review Service if you want to our legal team to check that the document will do as you intend.

Up to date with the latest law

Our documents comply with the latest relevant law. Our lawyers regularly review how new law affects each document in our library.

What is a prenuptial agreement?

A prenuptial agreement (also known as prenup, prenup agreement, premarital agreement, or prenuptial contract) is a legal contract used when two people, who intend to get married or enter into a civil partnership, want to sort their financial affairs in case they decide to divorce or separate in the future.

Particularly, they will want to decide now how future property owned will be divided, make sure that current property that they bring into the marriage remains theirs, and whether one should provide spousal support to the other.

Why do I need a prenuptial agreement?

No one goes into marriage or a civil partnership expecting it will end in divorce. Separation can be made less emotionally stressful by removing the need to negotiate over many things at the same time that your life changes in many other ways.

Making a prenup is also a way of keeping your real reasons for being together separate from financial matters, which might otherwise introduce doubt into the relationship.

A premarital agreement can:

Above are just a few examples of the important matters you need sorted before you go into a marriage or a civil partnership.

After you are married or in a civil partnership, you cannot create a prenuptial agreement.

The reason is that once you are married or a civil partnership, some of your assets could already be considered marital property.

Prenups are not binding in law. However, that it not to say that a court will not consider an agreement if there was sufficient financial disclosure by both parties and it was freely entered into by them after seeking independent legal advice.

However, in all matters of family law, the judge has the final say as to what is fair, particularly if there are children whose welfare needs to be taken into account.

The case of Radmacher vs. Granatino is the landmark decision which highlights the increasing importance courts give to prenups. In this case, Mr. Granatino was initially awarded 5.8 million pounds of Miss Radmacher's personal wealth. Miss Radmacher appealed and this amount was reduced to 3.6 million pounds, 2.5 million of which was just a loan to be paid back after their children reached the age of 18.

Their prenuptial agreement was the decisive factor leading to the appeal judgement so much so that the appeal judge said that it had become 'increasing unrealistic' for courts to disregard prenups.

For a prenuptial agreement to be considered by court, it must not conflict with the overriding requirements of section 25 of the Matrimonial Clauses Act 1973.

First, provisions must have been made in the agreement for the welfare of children in the family who under the age of eighteen (or any other dependents).

Other requirements of section 25 are:

When will a court not consider a prenuptial agreement?

The court can disregard a premarital agreement if it deems that there have been a change of circumstances that render the agreement inappropriate, for example, birth of children, loss of employment or disability.

About our prenuptial agreement templates

Net Lawman provides two prenuptial agreement templates that help in finding the arrangements that best suit your needs, while also complying with legal requirements so that if your agreement ever comes in front of a judge, it is likely to be upheld.

What is included in these prenuptial agreement templates?

Our full prenuptial agreement template extensively covers property, possession, and investments. It includes detailed provision that guides you in coming to an agreement on, amongst other things, the basis on which you will divide your current and future wealth between you two, spousal support, property rights, children arrangements, dealing with family company or a jointly owned business, and provisions for if one party dies.

Further, it also includes matters to be agreed during your marriage.

As an alternative, we provide a simpler version for couples who are financially independent and where their major concern is the retention of ownership of personal assets they will bring into the marriage, rather than financial security.

While this prenuptial agreement template is focused on protecting ownership of wealth, it also provides for jointly owned assets, full disclosure and other elements crucial to acceptability by a court.

What customers thought
Your AccountAbout UsContact Us
Privacy NoticeTerms & Conditions